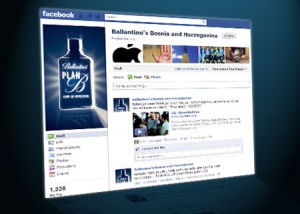 The company Pernod Ricard with the brand Chivas Regal took place at the ceremony at the residence of British Ambassador to Bosnia and Herzegovina, Michael Tatham, on the occasion of celebrating 85th birthday of Queen Elizabeth II.

After successfully provided PR support for this event, our agency continued cooperation with the company Pernod Ricard. We have prepared a very attractive campaign for Ballantine’s, which will be realized in the future. The aim is to promote Ballantine’s brand, which is number one in Bosnia and Herzegovina, as well as in the countries of the region, but also through whole Europe, Asia and the Pacific.