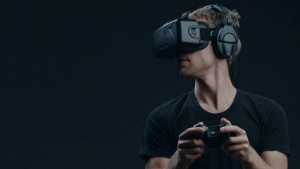 The second day of Facebook's F8 Developer Conference had a much greater focus on virtual reality and artificial intelligence than the first day. Mike Schroepfer, Facebook's Chief Technology Officer went on to open the conference by saying: "We're here to talk about the future, as the virtual reality gaming is coming this year".

Schroepfer laid out three core problems that need to be solved over the next decade to make the world more open and connected: build services that will connect the entire planet, create computer systems that understand contexts and information that can help us navigate the world and deal with information overload, and finally build immersive new technologies that can teleport you to a place where you share moments with people you care about.

They are investing in radical new approaches to this problem – and this means going to the sky and having drones that don't require investments in massive infrastructure that will enable Internet access for the whole world. He showed a picture of Aquila behind him – their first prototype of a solar power unmanned drone with the wingspan greater that a 737 plane. A lot more detail about it is said to be available later this year.

The second problem that needs to be solved is information overload. To a computer – a simple picture of a dog is a confounding question, since this image is a series of pixels, rgb values and it can't make a difference between a dog and a house. According to Schroepfer, the real revolution of AI is convolutional neural networks - the idea that you can teach computers to understand more hierarchical representations of images. And, it doesn’t end here – you can apply this not only to images, but to videos as well.

Between engineer jokes he presented a new learning model called Memory Networks that will help teach computers how to solve these problems efficiently. He went on to explain the promise of AI for social networks: "There is so much information, you can't consume the stuff that's important for you. We want you to have control over what you see and interact with, spend time on things you want and with people you want, and by building systems that understand the context of the world and what it is that you want, we can make sure all of us spend time on relevant things."

So, if the first goal is achieved and everyone is on the Internet, we have systems that help you navigate what's going on, there is still one part missing, and that is the sense of presence. This is where VR comes in. To get to that goal of presence, of sense you are truly there, the Oculus has made a come back and it aligns perfectly with the core mission of Facebook - bringing people together.

"It's clear that VR has the potential to change almost everything about the way we live, to bend and stretch our reality," said Michael Abrash, Oculus Chief Scientist. As people are always searching for new ways to connect, sometimes you're far from your loved ones and simply being "teleported" to that moment would make a tremendous difference and give you the most powerful social connection in the world – with Facebook. Abrash also stressed the areas of VR that need development: like haptics - using your hands in VR, better audio and visuals and that users would be able to stand up and move around.

Schroepfer further mentioned the ability to play games in VR on "something" shipped by Oculus and that it is going to be incredible. It has remained uncertain from his answers later, whether this is a commercial version of the Oculus Rift VR headset or simply another developer-only edition, which means that we will have to wait a bit more for the consumer version.

In short, day two was all about how to connect the world, build systems that manage all of that information and connectivity and build technology that will fundamentally bring people together.

The years ahead should certainly be fun for Facebook and we can't wait to see what's next!