Bosnia & Herzegovina elections - who can handle this? 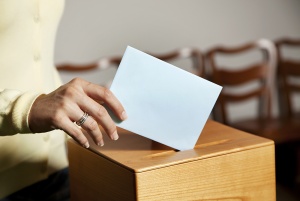 For a PR expert in a country such as Bosnia and Herzegovina, handling an Election campaign can by far be the most challenging task they have had to face. We have 3.8 million inhabitants and 147 ministries. In total, 7,748 candidates from nearly 98 political subjects (50 parties, 24 coalitions and 24 independent candidates) put their names on the electoral lists. This means that every 400th citizen of the country has put his or her name on the candidates list.

Bosnia is pretty good at keeping world records too, labelled as a country with the most per capita parties in the world – one party per 20,000 citizens.

We're asking ourselves the following questions: how does one run a successful campaign in a country like this? How can you impose a unique story among 7748 candidates? How do you highlight the main aspects? How do you convey messages about meaningful and strategic issues, when the majority of rival campaigns are based solely on criticism?

How can you come up with a strategy, when all parties participating in the elections claim to belong to the opposition? They all claim that they are not to be blamed for the current state of an already bruised and battered country. In fact, at some stage all major parties have had a stint in the government to a greater or lesser extent.

Up until four years ago, almost all of parties in the race had not hired an agency or a consultant to help them push their campaigns further. This time round, most candidates, if not all of them had strategic consulting assistance.

Experts from Serbia, Croatia, UK, USA, Macedonia and Israel - all have come and tried to achieve the best possible results for their clients. This is a huge step-up. Finally, it is finally common for Bosnia and Herzegovina as well - to engage with experts during a campaign. On the other hand, with all professional respect to all of them (and I hope they will understand me correctly), I do not believe that any foreign experts can actually manage electoral campaigns in our political, social and every other conundrum. I believe that running campaigns in Bosnia and Herzegovina is significantly different from working on campaigns in other countries. I believe so, based on the above key factors.

Therefore, post-election analysis has both annoyed and surprised me.

• Experts who claim our citizens missed their chance of a change after each elections, and the fact is that we actually "play" almost all serious political options

• Foreign analysts who criticize the voters and the political system, which is, I agree, sightless - but we must not forget that it was designed by representatives of their governments

Who is our voter in question? It's someone I admire. In a country with an extremely complicated political system, with millions of messages received throughout the election campaign, Bosnians were able to vote at cantonal level for one party, at the federal and state level for another and for a member of the BH presidency, for a third party candidate. And with all this, all voters are capable of correctly answering the question ‘’Why did you vote for each of these candidates’’?

Given the Bosnian reality and the way it is, even during an election campaign, in my opinion - we managed it excellently.