What did I learn from the „Dragons“? 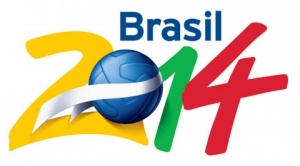 Everyone become aware of what does the placement of the national football team to the FIFA World Cup means for promotion of a country, especially after the big battle of the „Dragons“ in the first round in the match with Argentina. Citizens of a country that is torn apart by many disagreements, a country in which the Presidential building has been put on fire a few months ago, and a country which has been hit by the worst floods a few weeks ago, enjoy every single kick of the football and win sympathies around the world.

The struggle in qualifying was difficult and longlasting, followed with different emotions - sadness, happiness, tears, disbelief, pessimism – and in the end placment to the FIFA World Cup. And it was not an ordinary placement, because the Dragons had the most wins, a lot of scored goals and very few recived goals. It is not strange for some other country, but we had no Football association shortly before the start of qualification, nobody wanted to train us, there was no money in sight ...

What a communication expert and owner of an advertising agency with 21 years of experience can learn from our national team:

If everyone has given up on you it doesn't mean that you can't achieve the stars. You may have touched the bottom, maybe nobody believe in your success, and everyone turn their heads away from you... It doesn't matter if you know what you're doing, if you believe in your abilities and if you have a strict work ethic. Do not listen to what other people say, do not overlook even to the fact that they are going to despise you when you go into something with all of your heart for something they consider impossible. " In the beginning all good ideas are considered foolish," said Goethe. Live your rhythm, keep training diligently, always try harder, never give up and you will surprise many with success which was evident from the very beginning.

What matters are not the conditions you have, but how much you love and believe in what you're doing. Love and hate are the feelings that more than anything else move people to achieve great results. People who love something, like our Dragons love our country, find nothing difficult. Conditions in which they train and play are not important, cool position or money is not important, frequent criticism is something you don't worry about. They are determined to achieve their goals and to fulfill their childhood dreams no matter how hard they have to work.

Stubbornness and persistence can be positive qualities. You make a goal, decide the tactic, plan what you are going to give up on that path and just go with it.

Professionalism must always be on the first place. The national team is made up of the best players our country has, and most of them play in big clubs across Europe. They're used to hard trainings, even harder games and they are mentally ready for anything. There are no stars because the coach does not allow it, if you're not playing in a club you can not play in the team. No hard feelings, this is a serious matter.

Our Selector was the golden trigger, there is no room for improvisation. We already had and the great players from great teams, but the selectors were for the second division clubs. The best player in the history of Bosnia and Herzegovina definitely proved himself as the best coach. He arranged the right team, determined and allocated roles, set strategy, developed more tactics in accordance with the strategy. There is no place for improvisation on the road to victory.

The world loves winners who can connect what seemed impossible. Today there are few who would dispute the team, which will call for a boycott because there is not enough of this or that. Today everyone prays to God to take a photo with them and share it on social media. They are stronger than super glue as far as connectivity is torn.

Positive atmosphere drives changes faster than light. It's not a problem to buy a new TV, to install cable TV or to find money for pleasure ... Sales are increasing, companies and advertising are growing. Everyone has a nice time, even the state itself earns something from the tax increas. So let someone say that individuals can not change the world, 20 of them have changed Bosnia and Herzegovina.

If the team is unique and follows the same dream, nothing is impossible. We follow the same dream, we do everything to achieve it, we just act like a single organism, and everything is possible. You can imagine a man with one arm doing one thin and the other hand is doing something else, one leg hampers the second runs... impossible. It is also impossible for teams, companies or families which are incompatible to achieve great results.

Everyone is a heroe after the battle :). When you succeed, everyone starts supporting you and want to ascribe to themselves at least a small part of the success, or to say that they supported you from the beginning. This is less important if you have achieved what you wanted. You smile to everyone, pay drinks and turn to win some new peaks. They feel miserable and you become even bigger in their eyes.

National team, family, or company - the life of every normal person should be conducted on the above principles, but unfortunately this is often not the case. A lot of work, denial and love have to adorn you to be winners. The problem is that everyone would like to be a winner without fulfillin anything from the list.